I’m unearthing some hidden treasure from the archives today for the third installment of the Slide mixtape series. 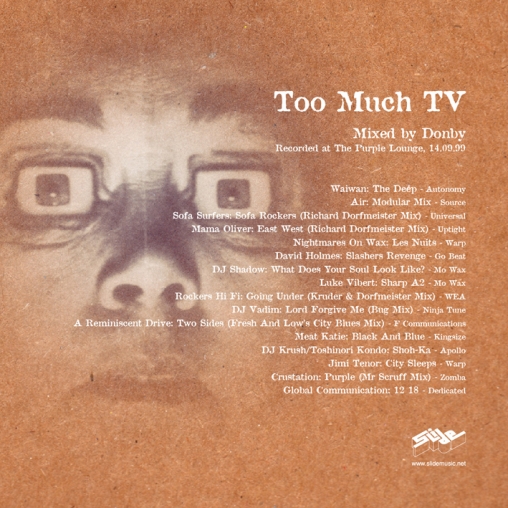 Compiled and mixed in 1999 by an incredibly talented and criminally underexposed individual, this 90 minute session of dusty, low slung leisure is well overdue some additional ears. You can listen via the soundcloud player below but I’d recommend using the download arrow to the right of the waveform as you’ll get better sound quality that way…

I met John (Donby) in 97 via our Media Studies class at college. Quite quickly we found a couple of things we had in common, a general sense of contempt for the course we’d chosen and a great amount of music of the time. Being a year or so into my vinyl habit by then, I’d accumulated a real variety of records but was just on the cusp of funding my first pair of turntables. John, I believe was in the same situation. As a result, he became the person I would hang out with for long afternoon and evening sessions, sharing records, showing each other various mixes we’d come up with and just generally getting a sense of what was possible with the format. At disturbingly regular intervals over the years that followed he would casually pass me Cassettes, Mini Discs and eventually CDRs that consistently raised the game in terms of ideas and originality.

Musically, a lot had happened in the 90s. So much incredible hip hop, jungle, techno and house music but also so many labels who made it their mission to occupy the spaces between the more established genres of the time. Filtering the catalogues of labels like Warp, Ninja Tune and Mo Wax would reveal countless directions in which to explore a multitude of other independent labels pushing their own thing. My fast expanding record collection was consuming all these areas but for the first couple of years it was largely the jungle and drum and bass with it’s limited tempo range and relatively formulaic structure that was getting a look in on the turntables. These mixtapes my friend was passing me really changed my outlook on what was possible. Like many classic offerings from the likes of Coldcut and DJ Food, they illustrated there was a far less linear way of playing the game. Switching tempos and adding detail with samples and the first incarnation of Korgs Kaos Pad, the end result always highlighted the importance of doing your own thing. A fundamental principle I strive to lead with to this day. 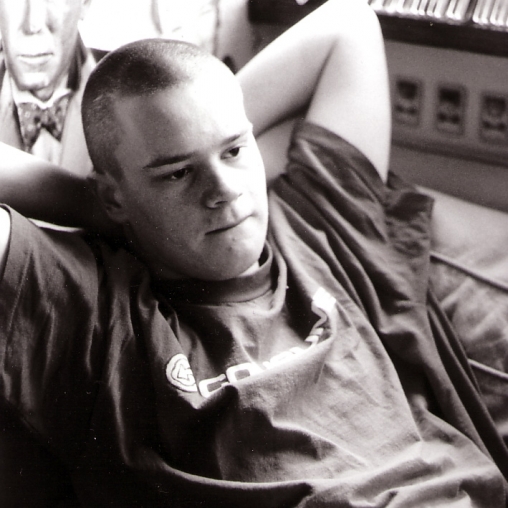 Enough personal nostalgia, if we’re lucky John will allow me to share a few more of these in the future (because there is a lot of them) but for now I’ve dug up one in particular for a couple of reasons. It’s an earlier recording and perhaps in some respects less ambitious than many that followed, but the track selection is sublime and does a nice job of illustrating his ability to explore a certain area of sonic ground, drawing from a variety of sources to build an engaging narrative.

Throughout the years I’ve had the privilege of calling him my friend, John’s been an enormous creative influence and I know of a number of other heads who would say the same. Having typically kept a reasonably low profile he may not immediately be too enamored by the exposure here and as such I don’t want to blow up too much in the way of any current activities. The Donby moniker is now retired though I believe and in recent years certain West Country folk have been introduced to a new DJ in their area by the name of Ron Willis. Hopefully that’s a subject we can explore further in the not too distant future…